Panasonic receives the official Label, Technical Partner of the Cannes Film Festival, for 2017. There are no less than 100 Panasonic TVs screen displayed in Le Palais des festival. 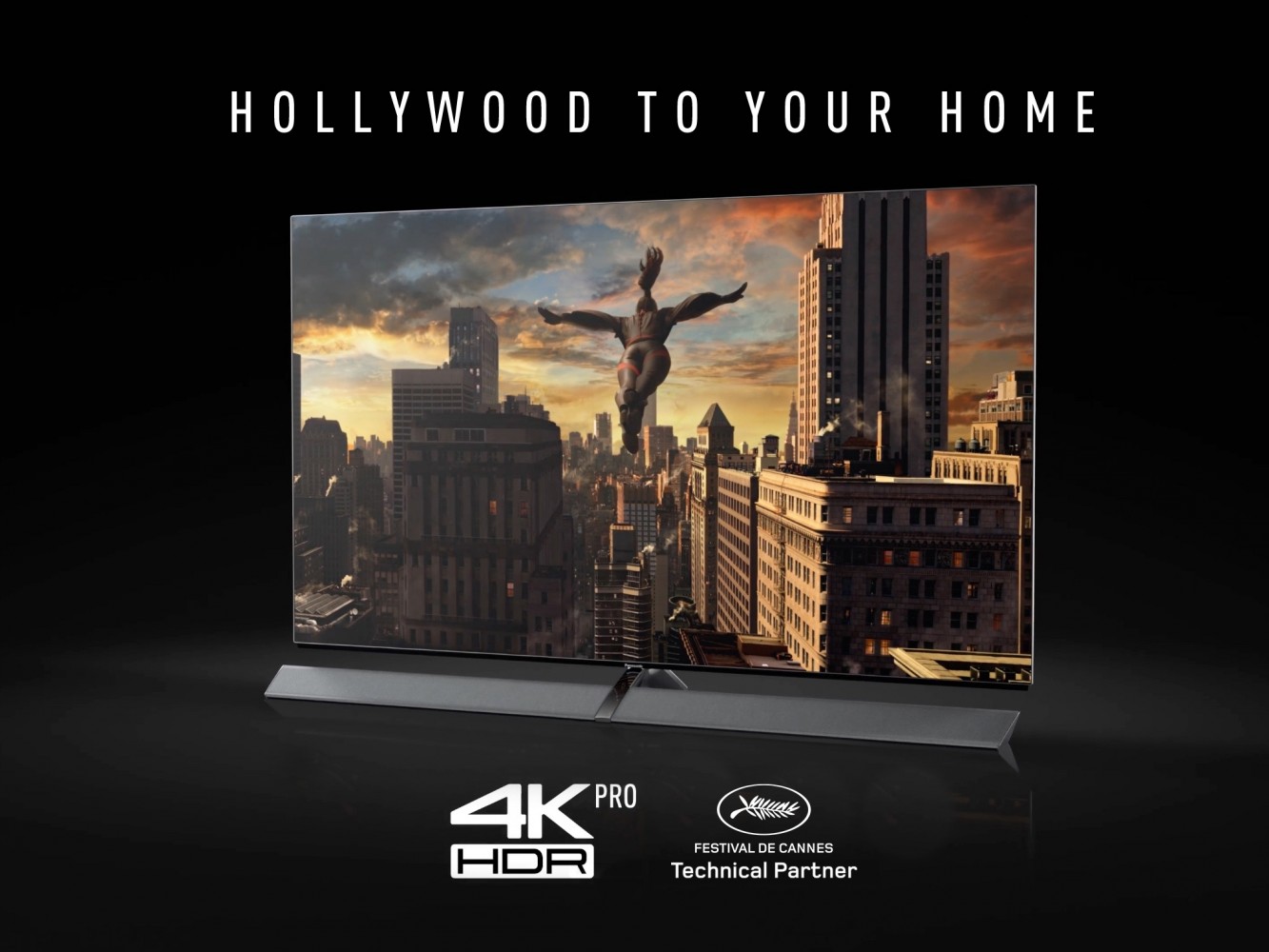 Panasonic has the honour of being « Technical Partner of the Cannes Film Festival » for the 70th anniversary edition, which takes place in Cannes, from May 17th to 28th.

This partnership is an opportunity for Panasonic to present its EZ1000 OLED 4K Pro HDR television to the world. Panasonic’s know-how and collaboration with the film community, forged through the Panasonic Hollywood Lab, will be highlighted during Cannes Film Festival in le Palais des Festival.

Fine-tuned by Hollywood professionals to deliver picture quality true to the filmmakers' vision, the Studio Colour HCX2 4K processor has been refined to handle OLED technology’s exceptionally large gamut of one billion colors. The result is more precise color reproduction, especially in areas that are particularly difficult to reproduce such as dark shadows and bright highlights.

With the Ultra HD Premium and THX 4K-certified EZ1000, Panasonic has pushed the boundaries of television technology to deliver perfectly accurate pictures that more than ever before show precisely what the director intended.

Eric Novel, Panasonic France Managing Director, said: “It’s a great honor to support the Cannes Film Festival. Panasonic’s ambition is to render the world of film its titles of nobility. Panasonic pushes the boundaries of television technology to bring you accurate pictures, that looks exactly as the film director intended.

Based on Panasonic’s long heritage in Hollywood, the EZ1000 even carries several semi-professional features. That’s why our television screens will pay tribute to directors, technical teams and actors.”

Panasonic Corporation is a worldwide leader in the development of diverse electronics technologies and solutions for customers in the consumer electronics, housing, automotive, enterprise solutions and device industries. Since its founding in 1918, the company has expanded globally and now operates 474 subsidiaries and 94 associated companies worldwide, recording consolidated net sales of 56.794 billion Euro (7.553 trillion Yen) for the year ended March 31, 2016. Committed to pursuing new value through innovation across divisional lines, the company uses its technologies to create a better life and a better world for its customers. To learn more about Panasonic visit: http://www.panasonic.com/global.