A wonderfully timed and enchanting portrait of urban wildlife, showing the combat between two mice on a London underground station platform, is the winner of the Wildlife Photographer of the Year LUMIX People's Choice award. 28,000 nature photography fans voted and Bristol-based photographer Sam Rowley's ‘Station squabble’ emerged as the favourite. 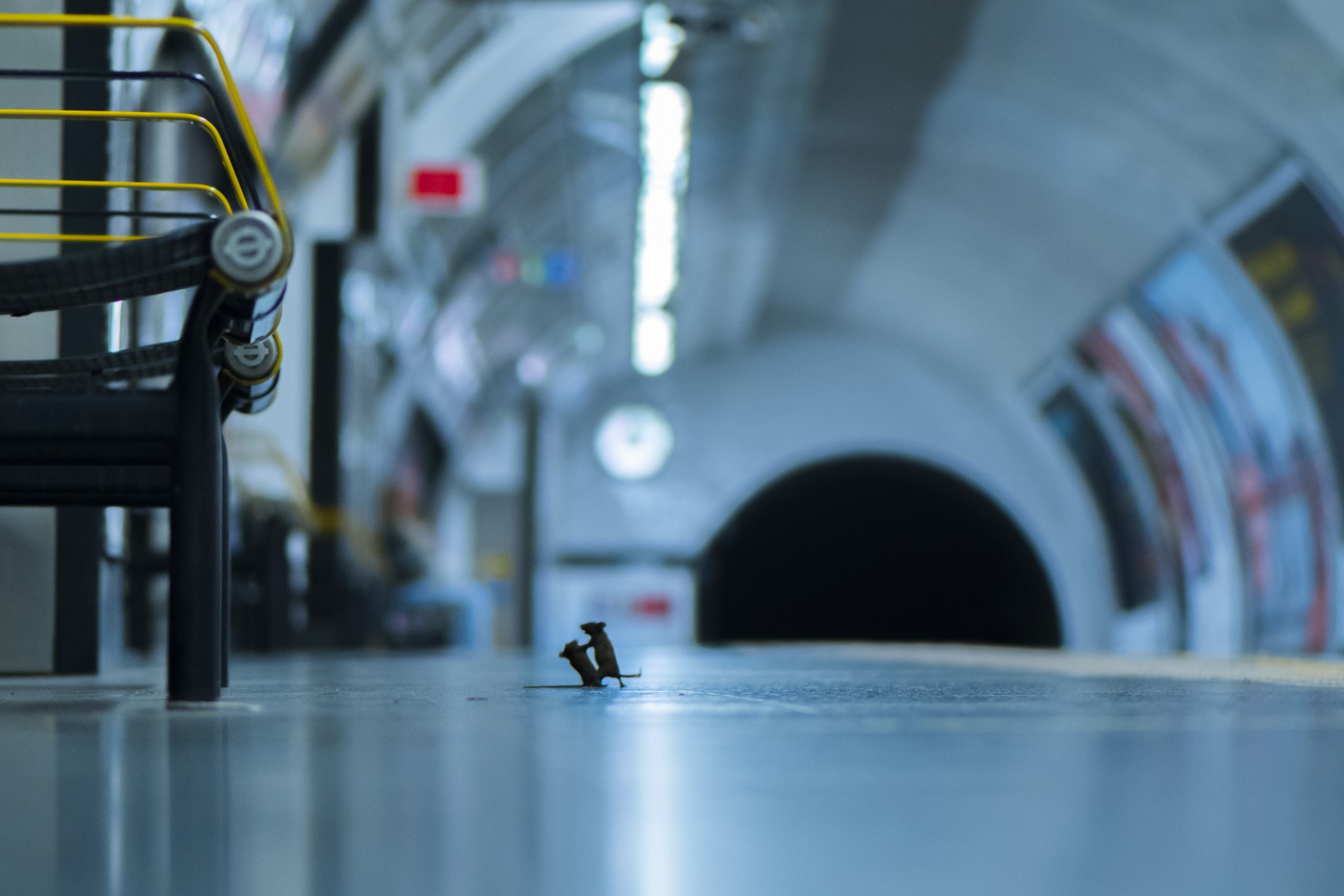 21
Sam Rowley's image, Station squabble, has won the 2019 LUMIX People's Choice Award. Wildlife Photographer of the Year is developed and produced by the Natural History Museum.

The mice were fighting over a few leftover crumbs and their encounter lasted just a split-second before one scurried away, triumphant. Sam visited multiple platforms every night over the course of a week, getting many curious looks from passengers while he lay in wait for the perfect shot. When he saw this, he knew his patience had paid off.

Sam says, 'I'm so pleased to win this award. It's been a lifetime dream to succeed in this competition in this way, with such a relatable photo taken in such an everyday environment in my hometown. I hope it shows people the unexpected drama found in the most familiar of urban environments.'

Director of the Natural History Museum, Sir Michael Dixon, says: 'Sam's image provides a fascinating glimpse into how wildlife functions in a human-dominated environment. The mice's behaviour is sculpted by our daily routine, the transport we use and the food we discard. This image reminds us that while we may wander past it every day, humans are inherently intertwined with the nature that is on our doorstep – I hope it inspires people to think about and value this relationship more.'

Mike Owen, Professional Imaging Marketing Manager from Panasonic Lumix UK, adds: 'Incredible photography is a combination of patience, luck and skill – Sam has managed the rare feat of pulling all three together in this single shot. The simultaneously recognisable and unknown world Sam has captured draws the viewer into the image - it makes me stop and do a double take, seeing something new every time I look at it. Congratulations to Sam on capturing an image that will stand the test of time because of the interest and intrigue it provokes.’

Four 'Highly Commended' images also won over nature photography enthusiasts and made it into the top five. These include Aaron Gekoski's heart-wrenching image of an Orangutan being exploited for performance, Michel Zoghzhogi's picture of a mother jaguar and her cub clutching a captured anaconda, Martin Buzora's touching portrait of the connection between a conservation ranger and the baby black rhino he protects, and Francis De Andres's charming shot of a group of curious white arctic reindeer. 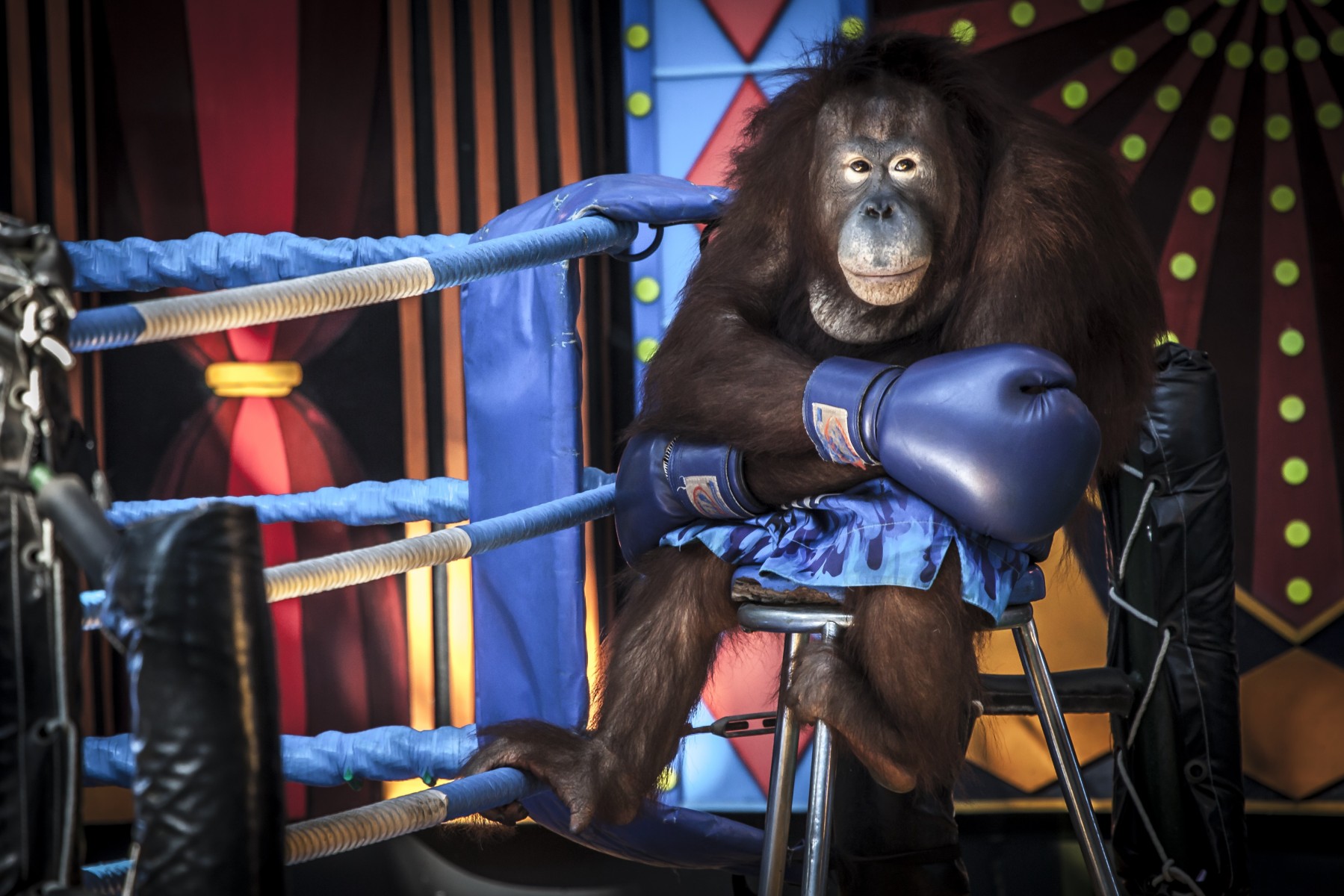 23
Aaron Gekoski's 'Losing the fight' is Highly Commended in the 2019 LUMIX People's Choice Award. Wildlife Photographer of the Year is developed and produced by the Natural History Museum.

Wildlife Photographer of the Year is developed and produced by the Natural History Museum and offers a truly global platform for amateur and professional photographers alike. Using photography's unique emotive power to engage and inspire audiences, the exhibition shines a light on stories and species around the world and encourages a future of advocating for the planet. The fifty-sixth competition is currently being judged by an esteemed panel of experts, and the winners will be revealed in October 2020.

The LUMIX People’s Choice award is named as such to reflect LUMIX’s Associate Partnership with the Natural History Museum’s Wildlife Photographer of the Year exhibition in London. Renewable energy company Ørsted is also an Associate Sponsor for the exhibition, open now until 31 May 2020.