Which LUMIX S camera is right for me?

Panasonic now has three full frame mirrorless camera models in its LUMIX S series – the LUMIX S1, the LUMIX S1R and the new LUMIX S1H. Although they share many design characteristics and photographic benefits each of these cameras has a distinct purpose and a feature-set to match. The differences between the cameras are quite dramatic, so it is important to understand their personalities to ensure you invest in the model that most suits the kind of photography you are interested in.

Panasonic LUMIX S1 - The one that’s a true all-rounder

The Panasonic is a 24.2MP full frame mirrorless camera that is designed for outstanding performance in both stills and video work. It is intended to suit photographers who are required to produce high-quality moving images as well as outstanding photographs, and who need a single hybrid camera that can do both to a professional standard.

If you ignore the video features of the LUMIX S1 you have a very well specified professional-quality stills camera, but throw in an equally high level of video features and you get quite incredible flexibility and a camera versatile enough to handle almost any job.

As standard the LUMIX S1 can record 4K video at 60/50p from a slightly cropped area of the sensor, but uses the whole full-frame sensor area when recording 4K 30p. This allows users to retain the focal length of their lenses and to produce footage with stunningly shallow depth of field when needed. The 24.2MP sensor features large photo-sites that are exceptionally efficient at collecting light and which allow the camera to produce clean footage in difficult low light conditions.

To support its video functions the LUMIX S1 is compatible with Panasonic’s DMW-XLR1 adapter for feeding audio from professional microphones directly to the video. With this adapter the LUMIX S1 can record extremely high quality audio, with options of up to 96KHz in 24bit, that is automatically synchronised with the action.

Owners of the LUMIX S1 who want to take their video a step further can opt for the DMW-SFU2 firmware package that adds V-Log and world-leading 4:2:2 10-bit 4K 30p colour recording to the camera’s menu, as well as a range of video-centric displays. 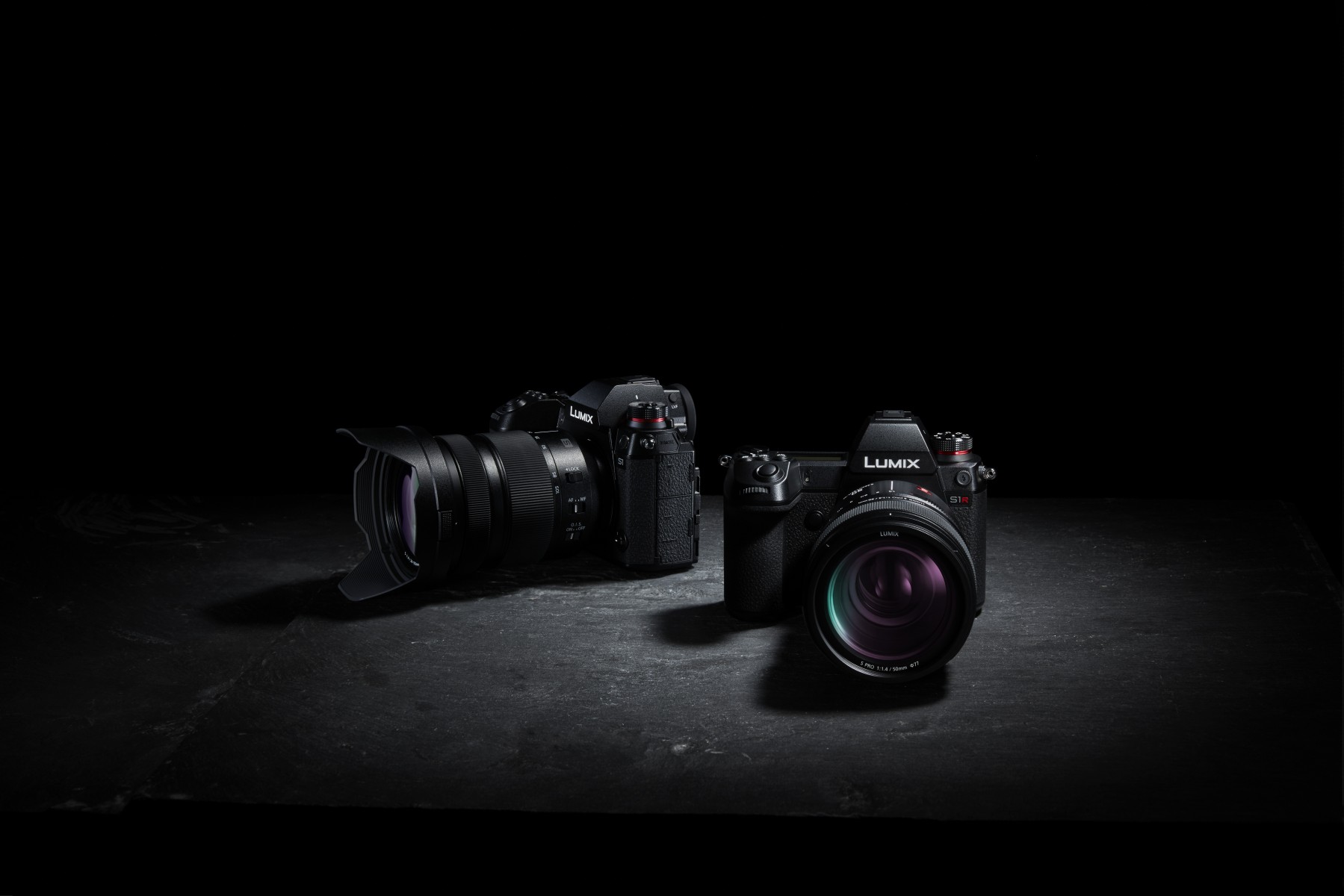 Those most interested in achieving ultimate quality in their still photography should consider the LUMIX S1R. This full frame mirrorless camera uses a class-leading 47.3-million-pixel sensor that is capable of recording an astonishing amount of detail. The pixels use a new micro-lens design that ensures as much light is gathered and recorded as possible, and the low-pass-filter-free construction of the sensor does away with the micro-blur that many other cameras incur.

When used with Panasonic’s exclusive High Resolution mode the camera can produce images with an incredible pixel count of 187 million pixels – a resolution that beats all other mirrorless and DSLR bodies, and all but a single medium format camera as well.

The unique sensor used in this camera offers outstanding dynamic range, and is thus able to reproduce detail from extremely bright and extremely dark areas of a scene in a single exposure so users can create perfectly realistic images with full tonal representation. This high resolution and wide dynamic range ideally positions the LUMIX S1R to make the most of the outstanding resolving power offered by the LUMIX S Pro line of lenses.

The LUMIX S1R can also shoot 4K video in 4:2:0 8-bit colour, but its best resolution settings are a little more restricted than those of the S1.

Built to shoot the highest quality video literally all day long, the LUMIX S1H is the S model designed for those who are really serious about their moving images. The camera uses a 24.2MP sensor to record video resolution of up to 6K, and is the first full frame mirrorless body to offer 6K 24p recording from the entire area of its 3:2 image sensor. It is also the first to be able to record 5.9K 30p in 16:9 and the first with C4K 60p in 10-bit – so that’s incredibly high quality video suitable for cinema as well as very serious productions.

What’s more is that the S1H can keep filming continuously all day as there’s no limit on the camera’s clip length. All time-limit restricts are removed and the camera’s near-silent built-in fan draws air through the camera body to keep sensor and processor cool – so it doesn’t over-heat.

Whilst LUMIX S1 users need to upgrade their firmware to gain V-Log the LUMIX S1H comes with it already installed. This allows the camera to make the most of its 14+ stops of dynamic range and provide footage that includes masses of tonal detail that won’t leave bright skies burnt out or deep shadows completely black. The 4:2:2 10-bit colour settings available in C4K resolutions and below also mean footage contains over a billion colours that allow maximum flexibility in post-production grading.

If you are a fan of that classic letter box picture format we see at the cinema you’ll be glad to know that the LUMIX S1H offers a range of 4K anamorphic modes that accommodate the squeezing compression produced by anamorphic lenses – and that it can automatically de-squeeze that footage to make it easier to view when shooting and reviewing.

When you are a cinematographer you want your camera to speak cinematographer’s language and to show your settings in the way you are familiar with. To that end Panasonic allows LUMIX S1H users to customise its displays to suit their own working methods, and provides an extra-large information panel on the top plate for quick reference.

Another unique feature of the LUMIX S1H that videographers will find really useful is the multi-angle flip screen. This screen has a hinge that lets it flip out to the side of the camera so it can twist, but it also has the ability to flip up from the camera’s back plate adding another dimension to the movement. The screen can be viewed from almost any angle but can also be used without clashing with cables in the remote, microphone, headphone, USB and HDMI ports on the side of the camera.

For more details on the LUMIX S Series you can visit the dedicated product pages here Don't forget you can also try out a S Series for yourself through our complimentary loan scheme.

Which LUMIX S camera is right for me?